I'm in a Facebook group for Nail  Polish-aholics, and we just started a weekly challenge. First one was purple nail polish, and this is my version. My 7yo daughter got the Sally Hansen polish for me for my birthday, but I haven't had a chance to swatch it yet. I normally don't love duochrome polishes, but this is actually really pretty. It's purple and it flashes blue. I wanted to jazz it up a little for the challenge so I added Nicole by OPI's "Let's Get Star-ted" which has purple holo stars. They look purple but looks holo in sunlight. There's also holo microglitter in it too.

Initially out of the bottle, the stars are really tough to get out, so you have to either use an orange stick or take all the polish off the brush and try to fish them out. Getting them on your nail is also difficult too. Once they're on, if you have rounded nails the ends of the stars stick out. To minimize that, I push them into the polish once it's almost dry. Then I added Gelous Advanced Nail Gel Coat on top then topped it off with Poshe. Even then, you can feel the edges of the stars. If you like your nails smooth, I wouldn't recommend it. 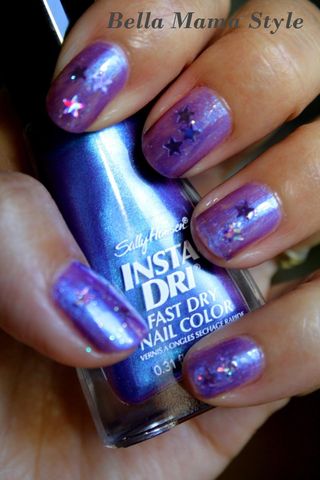 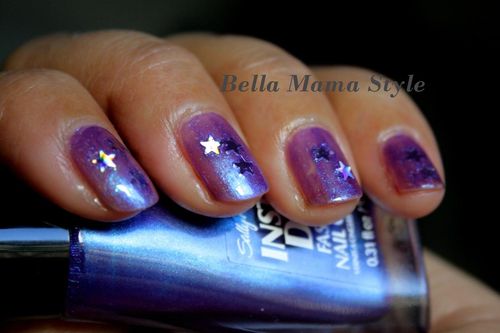 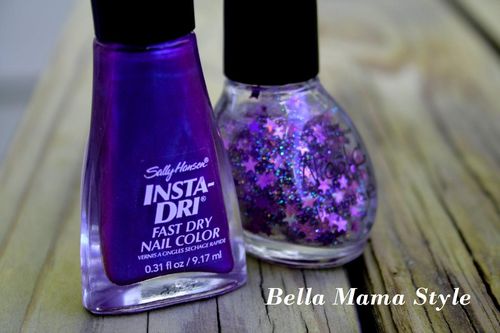 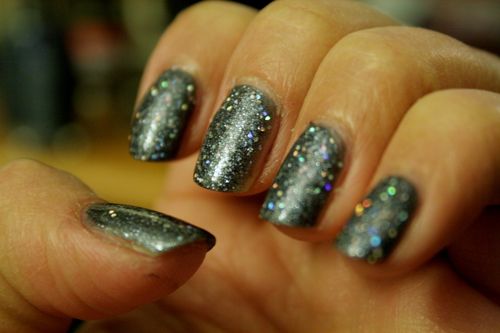 Base Coat: Essie "Feed Me"

One coat of Revlon "Black With Envy" 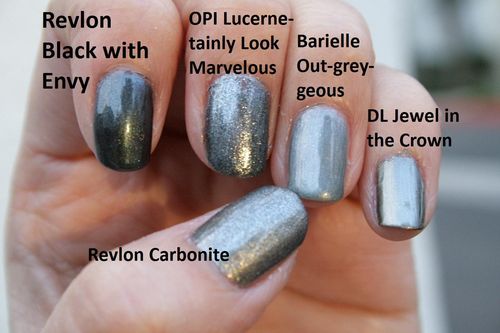 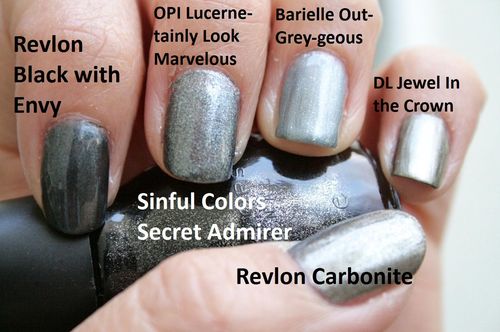 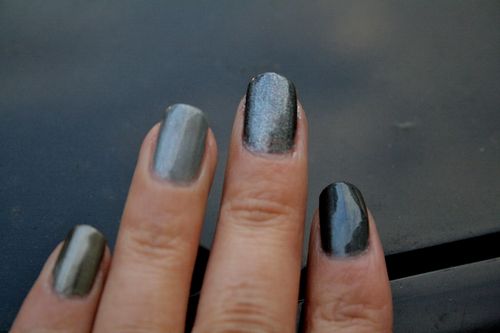 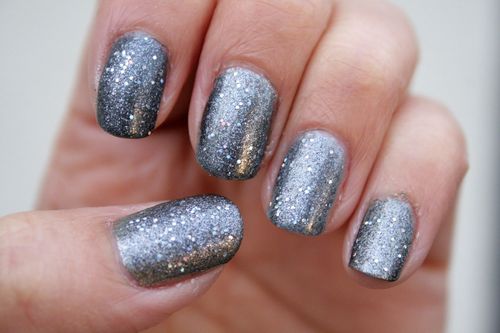 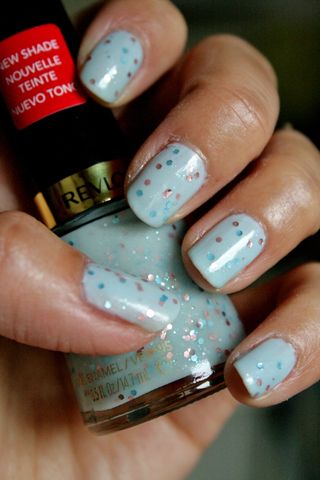